Victor was a pupil at Kents Bank School. In 1939 (Register) the family was living at 2 Tongue Lane, Fairfield, and Victor was employed as a “Limestone Quarryman“. Shortly after he enlisted in the Royal Navy (see below).

Victor’s father, Fred, died in September 1972, aged 79, and was buried in All Saints’ Churchyard, Ashover, Derbyshire, on the 14th. His widow, Ethel, died in Allison Nursing Home, Temple Road, Buxton, in March 1979, aged 83. She was buried in Fairfield Churchyard on the 17th. 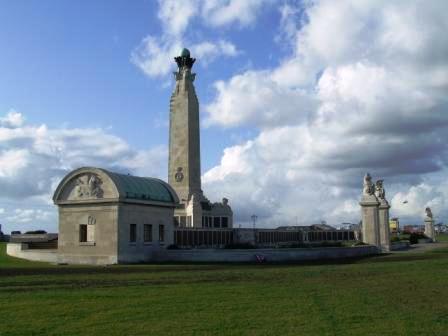 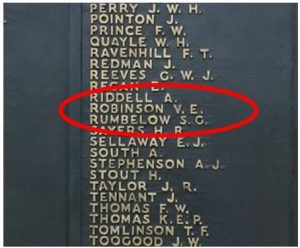 The Portsmouth Naval Memorial  and  Victor’s Name on The Memorial 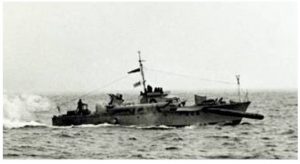 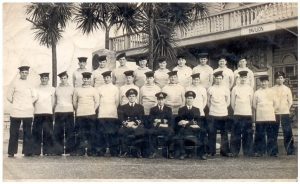 MTB 639 was newly commissioned (9th March 1943) and after trials was posted to the Mediterranean as part of the 32nd MTB Flotilla (left).

Crossing the Bay of Biscay the weather was poor and the crew, mostly ‘rookies’, were scared and sea-sick in the high seas. 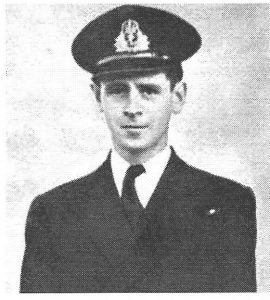 The Flotillas was based at Bone (now ‘Annaba’), Algeria, commanded by Lieutenant Philip Francis Stewart Gould (right), who was also Victor’s Commander on the 639.

On 28th April 1943 MTBs 639, 640 and 644 were patrolling off Bizerta when at 09.20 they sighted a wrecked destroyer.They next attacked two Italian minesweepers they encountered were destroyed by gunfire, together with a German ‘R’ boat. Several German JU-52 transport planes on the beach were also destroyed.

At 10.00 a German Friessler Fi156 Storch observation plane was sighted and shot down as it came in to land on the beach. A large German hospital ship (the ‘Toscano‘) was sighted but not attacked. 40 minutes later the three ships closed in to attack a convoy.

The rest of the day’s action was recorded as:

12.40 A convoy was sighted and the boats closed to attack. MTB 639 had expended both torpedoes in earlier encounters and attacked the leading escort, which was the Italian vessel ‘Sagittario‘, with gunfire. MTB 633 and MTB 637 closed to attack the merchant vessel ‘Teranio‘ with torpedoes. There were around thirty aircraft present and the scene was in range of shore batteries.

12.52 MTB 633 fired two torpedoes and MTB 637 followed suit shortly afterwards. Aircraft made a concentrated attack upon MTB 639. The Commanding Officer and three ratings, including Victor, were killed and the 1st Lieutenant, Navigator and two ratings were badly wounded. The coxswain rigged towing lines despite a bad leg wound.

13.10 MTB 639 stopped 10 miles south east of Cape Bon and was abandoned. Detonators in the IFF equipment were set and the confidential books were dropped overboard in the safe. MTB 637 went alongside MTB 639 to transfer the wounded and unwounded survivors. MTB 633 picked survivors out of the water. MTB 639 was then sunk by gunfire. MTB 633 and MTB 637 then disengaged to the south under attack by aircraft and shore batteries. MTB 633 shot down one aircraft with oerlikon gun fire.

The six other crew members of  HMS MTB-639 who were killed alongside Victor were:

An eye witness, Owen Cooper, who was on board MTB-639, submitted the following account for the BBC’s ‘People’s War’ Archive:

“There was about eight of us on the mess deck including Frank Hargreaves, Lofty[Lloyd] and Frank‘s brother John [Hargreaves]. Most of them were saying that they didn’t think we would survive the situation and I said that we definitely would! I was asked why I was so adamant and I said I would show them. I then knelt down and prayed.

After that lot of things happened we were attacked by enemy sea and air forces. The bombardment we received was devastating and the boat was set ablaze. There were dead and wounded bodies lying everywhere and all the guns were out of action as the hydraulic power had stopped due to the engines having stopped.

Everyone on the bridge, bar myself and two Officers was killed. One of the Officers had the side of his jaw blown away and the other had blood pouring out of a neck wound. Before dying he asked me to ring abandon ship, which I did. John then arrived on the bridge and asked if I had seen his brother, and I had to tell him that he was dead and lying by the wheelhouse, he replied “that’s Lofty because Frank looked taller lying down”. I replied that Lofty was down aft riddled with bullets.

We both then tried to lower the dingy to put some of the wounded in, unfortunately it sank because it was riddled with bullet holes. As the other two boats that were engaged in the operation came along side we tossed the wounded and the dying to them. I then went back to help a mate (Slinger Woods) get a carley float over the side into the sea, when another plane came over and raked the deck with machine guns blazing. As Slinger stood in front of me he shielded me from the bullets an as he fell back into my arms he said “the bastards got me”. I patted his face and cried “don’t die”. I could only lower him to the deck and leave him there.

By then I was alone, the boat well ablaze, there was a lot of creaking and banging and an awful stench. I then panicked and jumped over board. I was eventually picked up by one of our boats. I had only been on board a short while when another flight of planes could be seen coming out of the sun diving towards us. When the markings under the wings could be identified we realised they were ours and they soon drove off the enemy and returning for a victory roll.

They escorted us back to Sousse where we buried the dead. Tunisia was a neutral country. They re-buried all the bodies of all nationality in a memorial cemetery near Hammamet, named Envidaville. I believe John and myself to be the only two people living from MTB639 Crew.”

.. his full story of life on board

Owen’s conclusion also sums up Victor’s short but effective contribution to the War:

“Although MTB639 did not have a long life and lost nearly all of its crew, it is unknown how many thousands of lives it saved by sinking those troop carriers and providing valuable information to help prevent any Germans escaping.”