Edward was a pupil at Holmleigh School and the younger brother of Vera Mary Brittain, author of “Testament of Youth“, whose ashes were scattered on his grave after her death in 1970. 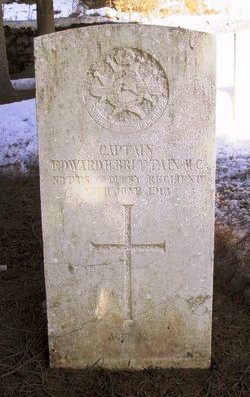 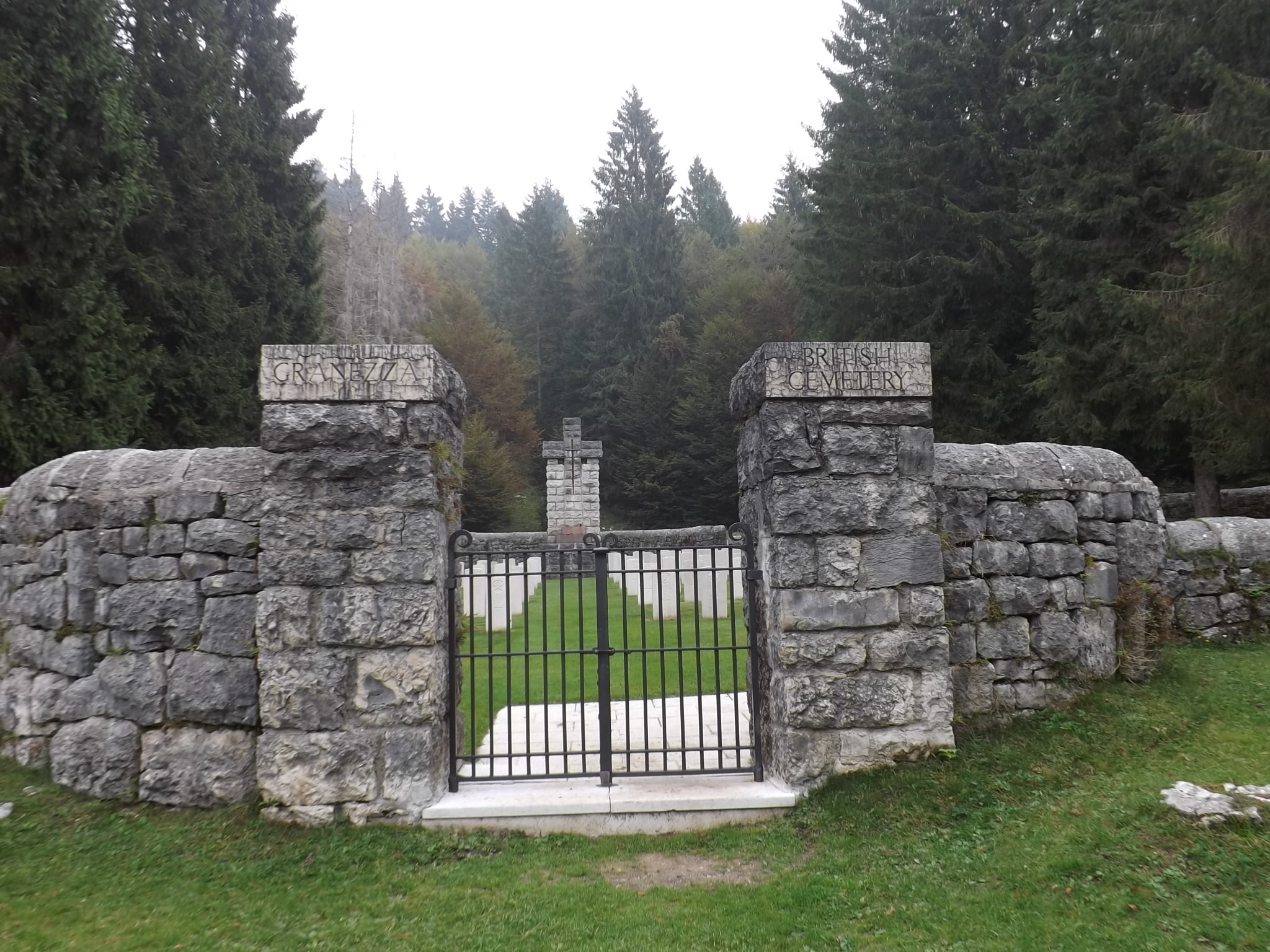 Military Service: At the outbreak of the War Edward sought a Commission in the 11th Battalion Sherwood Foresters (Notts and Derby Regiment) and joined them in time for the opening day of the Battle of Somme (1st July 1916) and was immediately wounded and was awarded the Military Cross, “For conspicuous gallantry and leadership during an attack. He was severely wounded, but continued to lead his men with great bravery and coolness until a second wound disabled him.” (London Gazette: 20 October 1916).

Edwards’s Service Record shows that he received two gun shot wounds to his left upper arm and two more to the right thigh.

Apparently his MC was not added to the Buxton war memorial when it was erected. When Vera visited Buxton in 1935 (the first time in twenty years) she was very dismayed to find the omission. (The section of the Memorial, left, shows Edward’s name after the “M.C.” was added.)

[N.B. Berry and Bostridge in their biography of Vera Brittain state that the MC was not added for another 50 years after her visit to Buxton in 1935.]

Edward’s 11th Battalion was part of 70th Brigade, 8th and 23rd Division, and on the first day of the Battle of the Somme it attacked at Ovillers, moving forward to the front line from the reserve at Authuille Wood. The Battalion continued its advance as far as the German first line, facing machine-gun fire from the front and both flanks, which eventually halted the advance in ‘No-Mans-Land‘. Casualties totalled 518, of which 126 Officers and men were killed in action. The Battalion was relieved that night and withdrew to Long Valley.

After suffering such serious losses Edward’s Battalion did not returned to the front until late July and again in October for the final attempt to break through the German rear position. The Battalion lost a further 114 men killed or died of wounds before the end of the Somme offensive, many in the first few days of October, attacking Flers Trench, near Sars – an attack which began from Destremont Trench at 9.15 a.m. on the 1st. The objective was achieved, with 169 casualties.

In 1917, the Battalion was again heavily engaged in the Second Ypres Battle for Passchendaele Ridge, where 52 men were lost between 15th and 30th September, with a further 30 between 16th and 21st October.

In November 1917 the 23rd Division moved to Italy where it remained until the end of the War. It concentrated between Mantua and Marcaria on the 16th November, before taking over the front line at the Montello on the 4th December 1917. 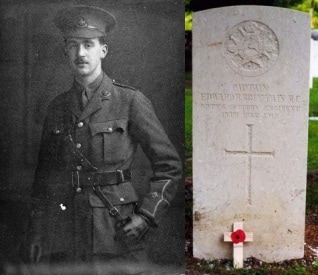 Edward was killed in action on the Asiago Plateau, Italy, aged 22, on the 15th June 1918. Edward’s Battalion was severely under-strength with only 19, out of a possible 34, Officers. However, it occupied the San Sisto Ridge on the 11th June, after a period in reserve. Edward’s ‘A’ Company and Captain Frith’s ‘D’ Company, with only about 100 NCOs and men each, occupied about 900 m of forward trench.

One account of the Battle records that in front were picquets of about ten men from each company with four machine guns.  At 3 a.m. the Austrians began a bombardment of the British positions which lasted for four hours and included gas shells on the front lines. The volume of gas was so great that it rolled down the rear slope of San Sisto Ridge into the valley behind.  At 6.45 a.m. the picquets saw troops led by small groups of stormtroops with flame throwers emerging through gaps in the Austrian wire. 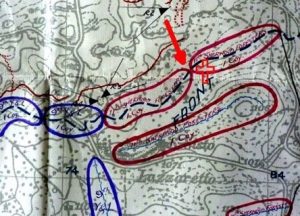 Soon between 100 and 200 attackers were in the British trench, as the Sherwoods attempted to block the trench at either end of the break-in.

Edward immediately led a counterattack, forcing some of the Austrians back through the wire, and reorganised the defence. He apparently paused to observe the enemy, and was killed by an Austrian sniper.

The map (right) shows the deployment of British at the start of the battle.

The 11th Sherwoods were holding the front line with D Company on the left and Edward’s ‘A’ Company on the right; ‘C’ Company was on the ridge summit behind. Machine guns R1 and R2 were deployed in front of the British wire, as was a picquet of ten men. The Austrian break-in is shown by the red arrow and the area in which Edward Brittain lost his life is shown by the cross.

The 11th Battalion was noted for its heroic stand at Asiago, where the Commanding Officer, Lieutenant Colonel Charles Edward Hudson DSO, MC, was awarded the Victoria Cross for outstanding bravery and leadership.

Vera Brittain visited Hudson in 1918 and in Testament of Youth describes how he told her that her brother was “sniped” by an Austrian officer and shot through the head, just after the counterattack which he had led.  She also quotes from a letter received from a Private in her brother’s company: ‘Shortly after the trench was regained Capt. Brittain who was keeping a sharp look out for the enemy was shot through the Head by an enemy sniper, he only lived a few minutes.’

After the Armistice many of the buried men, including Edward, of ‘A’ Company were re-interred at Granezza British Cemetery. Edward was a close friend of Lieutenant Jerry Knowles Garnett, who is also commemorated on this site.

.. about the Asiago Campaign and Vera Brittains pilgrimage

This entry was posted in Granezza, Sherwood Foresters, WW1 Names. Bookmark the permalink.